You are here: Home1 / History of Roussillon

Eighth century to 1162: The creation of Catalonia

At the end of the eighth century, Charlemagne’s empire is to the south, driving the Saracens remained Septimanie. The following century, marked by incursions into two camps, see the victory of the Franks and the creation of counties and bishoprics, two pillars for the installation of the first Christians.

The name of Catalonia began to be used in the twelfth century, from the phrase “land of castles.”

Attached to the Aragon, Catalonia will experience the height of Catharism which unfortunately will cause the fall of Catalonia. It will be headed by a very young king, Jacques the Conqueror, who recovers his kingdom and make it one of the leading European powers, facing the sea trade.

Thirteenth and fourteenth century: The Kingdom of Majorca

The Kingdom of Majorca is established by Jacques II of Majorca, son of Jacques I of Aragon in 1262. This Kingdom, which lasted until 1344, will be an era of prosperity for the Roussillon. The arts are developed under the auspices of the kings who now live in Perpignan at the Palace of the Kings of Majorca. But the kingdom will last less than a century: in 1344, following disagreements with the Kingdom of Aragon, it was annexed by the latter.

Fourteenth and fifteenth century Catalonia at its peak

The fourteenth and fifteenth centuries represent a period politically unstable, where the Catalans come into regular struggle against the power of increasingly central.

Renaissance: The Roussillon diluted in Castile

A renaissance Roussillon is still not stabilized. The war between the French and Spanish raged, the region is devastated regularly. It is also the time of the 30-year war ending by cission of Catalonia, the famous Treaty of the Pyrenees.

Seventeenth and eighteenth century: The 1659 French Roussillon is the Treaty of the Pyrenees

Catalans for 1000 years, the inhabitants of the region have poorly supported the separation of Catalonia wanted by both kingdoms.

In 1618, began the conflict between France and Spain (“30 Years War”). Place of passage, Catalonia saw station troops on Spanish territory are. The presence of these troops is seen as an occupation … The abuses of the latter in Catalan territory set fire to the powder. A latent social and political conflict explodes into the open. In 1640, Catalonia broke with the Spanish monarchy. The popular revolt led by the harvesters (Els Segadors) is followed by a political revolution led by the institutions. (The events are commemorated in a popular song, “Els Segadors” to be the origin of the hymn Catalan). A year later, Louis XIII was proclaimed Count of Barcelona … (it was not until 1652 that the Castilian troops reoccupy the territory).

The Treaty of the Pyrenees 1659

On May 14, 1643 Louis XIII died and his successor, Louis XIV was only 5 years. A Regency period sets in, followed by riots (the Fronde). Faced with this crisis French internal Philip IV took the opportunity to regain the Albères, then it spreads. Gradually, Barcelona is concerned. The capital fell in 1651, abandoned by the French. Skirmishes continue: The French take the Seu d’Urgell and Puigcerda, while Spanish win Conflent. But already the negotiations began, the fighting calmed down a bit.

On May 9, 1659 a cease-fire is declared bilateral and November 7, 1659 held the Treaty of the Pyrenees which fixed the boundary between the two countries, but loosely. Moreover, it remained to solve the problem of Cerdagne, straddling the two countries.

The Catalans were left out of negotiations. They had knowledge of the Treaty of the Pyrenees than three months later, in February 1660.

Terrible war whose objective is the recovery of Roussillon and Cerdagne, French troops were first pressed against then-attack under the command of conventional Cassanyes. 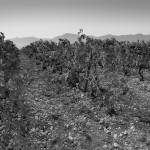